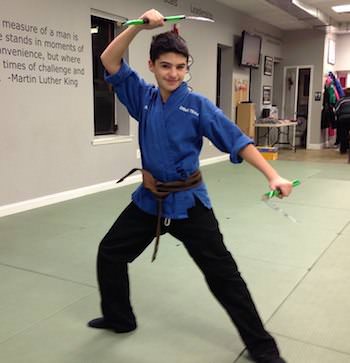 Attitude can be a lofty term to grasp, but it can serve as the ultimate roadblock or stepping stone in life.

What exactly is attitude? It’s the way you choose to think. 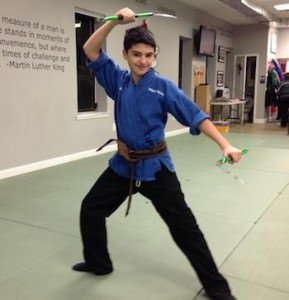 That way of thinking or feeling towards someone or something affects all relevant aspects of your behavior. A negative attitude has the power to halt projects and weaken inspiration. On the other hand, positive thinking has the potential to break a slump or reinvigorate. Attitude, regardless of negative or positive, can influence success in the realms of work, dating, family life, and so on. When I see someone having difficulty or feeling frustrated in class, I share the great advice I read from Mike Rowe.

Mike Rowe is the host of Dirty Jobs, a show about Mike taking on the country’s least desirable jobs imaginable. His experience with things most Americans would trade their car to avoid doing has yielded valuable life lessons.

Recently a fan named Parker asked Mike for some career advice. In his letter, Parker explained how hands-on he is, how much he loves the outdoors, and how an office job would never feel satisfying. Although Parker gets bored easily, he goes further to ask Mike to recommend a job that would always keep him happy and provide steady pay. The first part of Mike’s reply is funny and fitting – he suggests Parker move to North Dakota and become a welder. The second part of his answer is applicable to everyone, even those of us who aren’t too outdoorsy.

By comparing Parker to his friend Claire, Mike proves that attitudes can be your own worst enemy. Claire is 42 and single and enjoys complaining about the lack of decent single men available more than she enjoys online dating. Mike points out that Claire doesn’t simply want a husband – she wants the guy she conjured in her mind. That imaginary man checks off all the must-haves on her list, but he lacks the actual existing part. Therefore Claire’s imagination will never make her happy, it will only impede her from actually giving men a chance. Her expectations are acting against her. She has constructed a wall built from expectations and close-mindedness that keeps her goals unattainable.

Similarly, Parker has unrealistic expectations that make finding his next job even harder. It would be nearly impossible to meet all of his demands, especially choosing a career that can always keep him happy. Unintentionally his soaring necessities stand in his way. Parker’s attitude is focused on the gratification he could get from a job. By expecting too much, his attitude is a set-up for disappointment. Having a rigid perspective on life does not guarantee the successful solution to Parker’s happiness or anyone else’s.

A wall like this can be found in most people’s minds. When someone gets frustrated in class, I recall this story and remember how important attitude is. A fixed, negative attitude fearful of taking chances is what holds back Claire and Parker.

No student at Action Karate should be held back by their way of thinking. A readjustment of expectations is often what it takes to transform frustration into the aspiration to try again. Adopting a positive attitude is exactly the encouragement needed to keep stress at bay. When at first you don’t succeed, examine your attitude. Think positively and try, try, again.

Are there any examples you can think of where a positive attitude has changed an outcome? Let us know in the comments below!