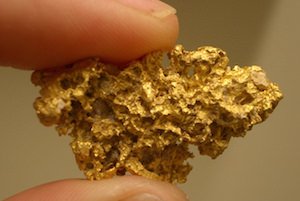 One of the main pillars of the teaching philosophy at Action Karate Plymouth Meeting is to teach our students to recognize, value, and develop their strengths. In other words – mine for the gold.

This story about Andrew Carnegie from Lee J. Colan helps demonstrate the point:

At one time, Andrew Carnegie was the wealthiest man in America. He came to America from his native Scotland when he was a small boy, did a variety of odd jobs, and eventually ended up as the largest steel manufacturer in the United States. At one time, he had 43 millionaires working for him. In those days, a millionaire was a rare person.

A reporter asked Carnegie how he had hired 43 millionaires. Carnegie responded that those men had not been millionaires when they started working for him but had become millionaires as a result. 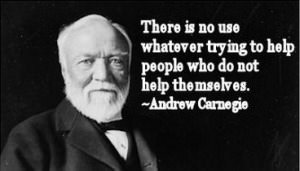 The reporter’s next question was, “How did you develop these men to become so valuable to you that you have paid them this much money?”

Carnegie replied that men are developed the same way gold is mined. When gold is mined, several tons of dirt must be moved to get an ounce of gold, but one doesn’t go into the mine looking for dirt – one goes in looking for the gold.

Don’t look for flaws. Look for gold – not for dirt. Look for the good – not the bad. You will find in people exactly what you look for.

Do you believe in this philosophy? Why or why not? Let us know in the comments below!