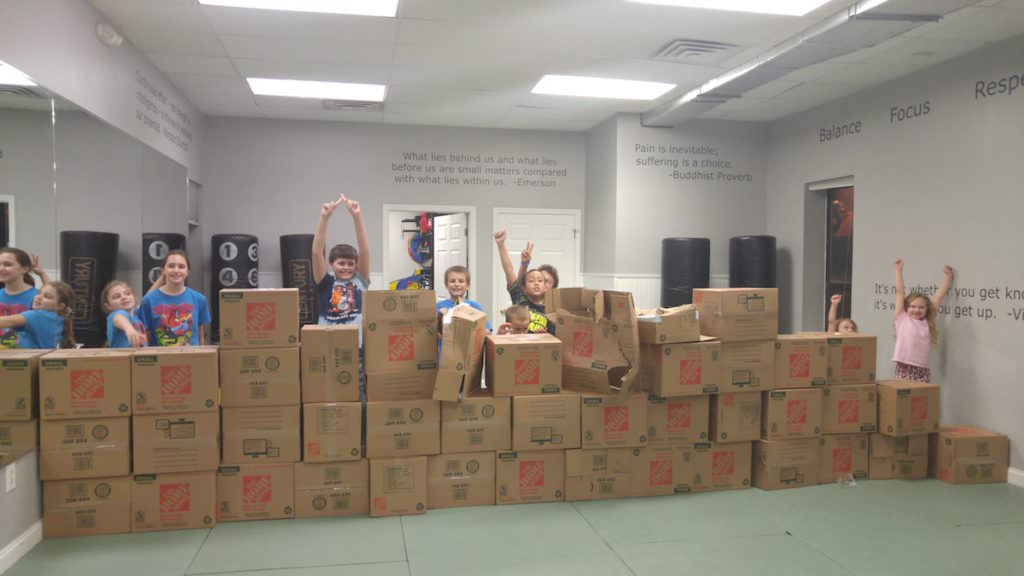 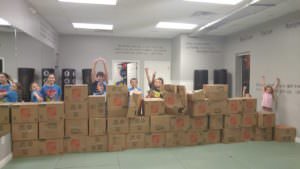 Last Friday’s Buddy Night was definitely one for the books. All of our students had a blast transforming the Action Karate Plymouth studio into a scene straight out of Minecraft!

By now we’re sure you’ve heard all about Minecraft, the computer game that is taking the gaming world by storm. With so many Action Karate Plymouth students playing this game, we thought it would be fun to throw a Minecraft Party and bring the game to life.

More than 35 students and buddies filed into the studio around 7pm and prepared for three straight hours of fun. We had filled the space with piles of “bricks”, and split the group up into three separate teams: The Wither Dragons, The Ender Dragon Demolishers, and The Stampy Cats. Each team used their bricks to construct a fort and devised a plan of attack against their opponents.

With their forts built tall, the teams grabbed a stack of dodge balls, and the battle was on! The dodge balls were used to try and knock down opposing teams’ forts. Everyone had such a good time!

After the battle was over, the three teams came together for a pizza dinner and a movie. When dinner was over, it was back to the Minecraft party; the students had brought their tablets an were able to play more Minecraft.

At the end of the night, each student was assigned a task. They were given two boxes to take home for a weekend art project: decorating their “bricks” and submitting their finished projects for the chance to win a prize. We can’t wait to see the fantastic artwork that these creative kids come up with.

Not only did the students have a night they’ll never forget, but the parents were pleased to enjoy a Friday night out on the town! We can’t wait for our next Buddy Event: Board Breaking in June!

Click here for more information on Action Karate Plymouth Meeting’s next Buddy Night, or to sign up for karate classes.